The Electoral College final tally was 306 votes for former Vice President Biden and 232 for President Trump.  Joe Biden also won the national vote with 81.2 million votes, an unlikely increase of 15.3  million votes over President Obama’s 2012 victory and 11.7 million over his 2008 victory.  The table below shows the dramatic increase in voter turnout since 2008.

Overall, more votes were cast in 2020 than ever before, in large part due to a major push from Democrats to relax election security measures and increase voting by mail.  If we were to assume that all 158.4 million ballots counted were lawful, Pew Research projects that 60% of voting age people voted, and two-thirds of estimated eligible voters turned out. 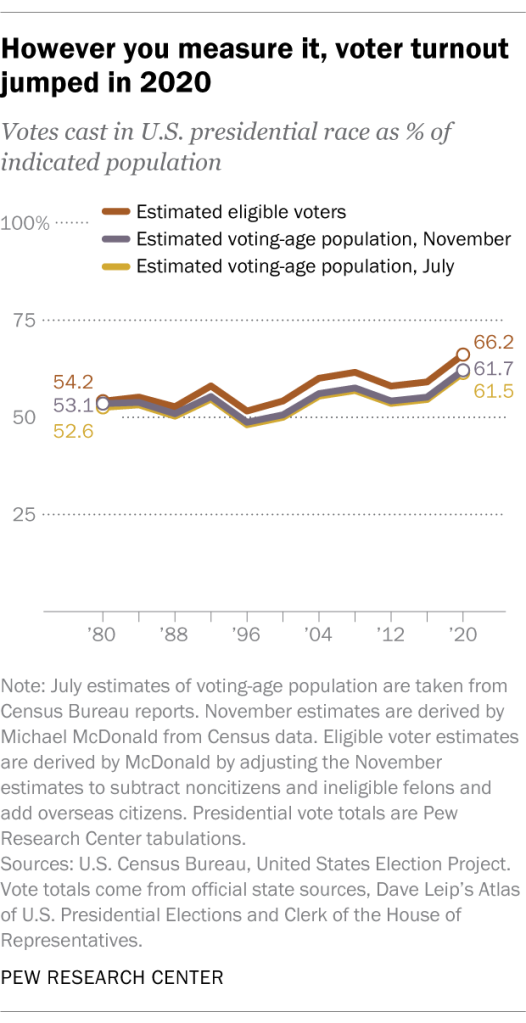 Know someone who should read this?